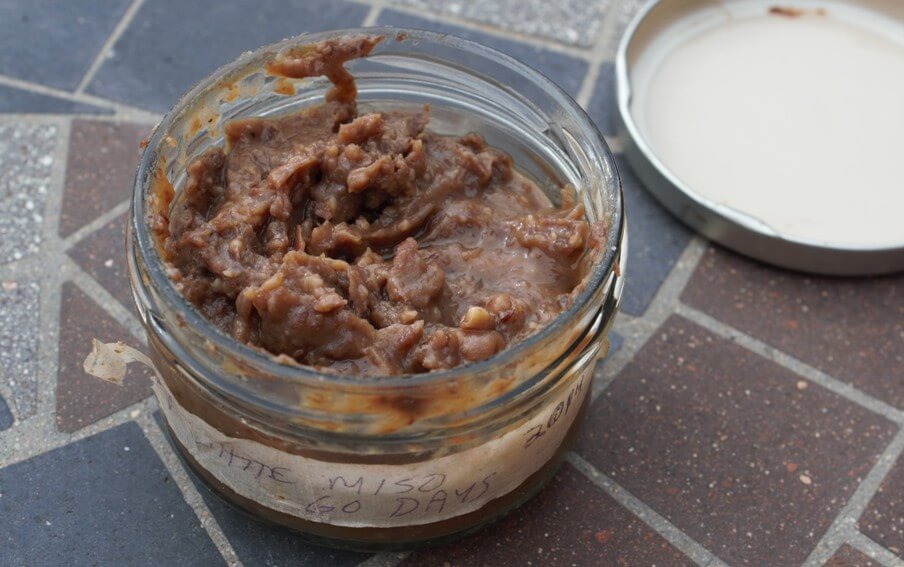 Miso is an umami-rich paste made by mixing beans (historically, soybeans), salt, and koji, a grain (usually rice) which has been inoculated and fermented with a mold, Aspergillus oryzae. The flavor and complexity of miso is unmatched even compared to other fermented dishes. It is at once savory, sweet, salty, and powerful.

White miso is lighter and sweeter than its more popular and traditional cousin, red miso (akamiso). That’s due to the shorter fermentation time, and higher ratio of koji (which is carbohydrate rich and produces a sweeter finished product). Many modern commercial white misos are “cooked” rather than fermented, creating a finished product in a matter of days, not weeks.

The easiest way to start making miso is to buy pre-made dried koji, grains (rice or barley) which have been inoculated with the A. oryzae mold culture. Local Asian markets usually carry dried “firm granular” koji. You can also find online merchants like this one.