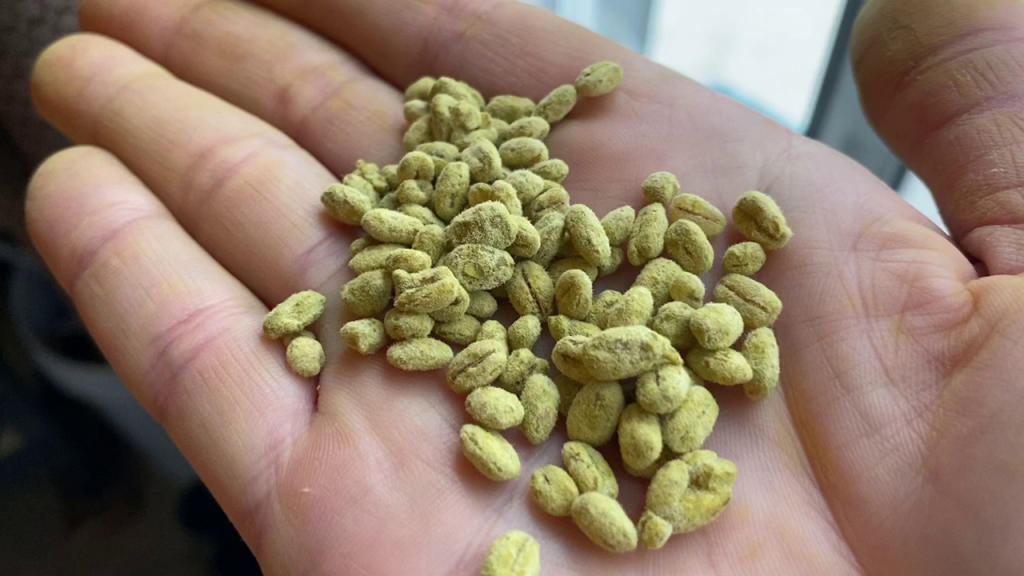 Koji is a cereal grain (like rice or barley) that has been inoculated with the mold Aspergillus oryzae. As this mold (whose family members include molds that form on bread and cheese) consumes the starches in the rice, it creates powerful enzymes. These enzymes then have a dramatic effect on the flavor of foods that koji is added to. The most well-known role of koji is its part in making miso, a fermented bean paste. 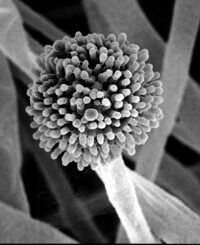 If you’ve made it this far, chances are you have already made miso once or twice, and are now looking to go deeper by creating your own koji at home!

To make koji at home, you need the Aspergillus oryzae spores (called tane koji or koji-kin), and an incubating system that can maintain the right temperature and humidity levels for up to 48 hours. You can order tane koji online (GEM cultures is very reputable, and sells great starters from Japan.)

Time, temperature, humidity and terroir are all important factors to modulate in order to successfully make koji. Learn how to build a multi-purpose homemade incubator here. You can also fashion an incubator from an oven, like I do when making tempeh. I’ve even made koji completely outdoors using a haybox cooker.

Propagating your own Koji spores

When you’re first learning how koji is made, you may miss that sweet spot, when the koji has mostly myceliated (built up its body, white in color), but before it sporulates. Sporulation is simply the koji mold completing its life cycle. During this phase, spores are created, to spawn the next generation.

You can take advantage of this fact, and purposefully let a portion of a batch of koji go to spore. Then you capture the spores so you have tane koji for the next batch.

To sporulate koji, break up any clumps, and spread out into a single layer on the bed. Cover with a damp towel, and let it culture another 36 hours or so (in addition to the original 48 hours). When koji sporulates, it will be colored (dark green, blue, or grey). When it has fully sporulated, you will notice fine clouds of spores when you jostle the tray.

At this point, it’s time to dry the grains for storage. Remove the damp cloth, and wipe out any residual moisture from the chamber. Increase the airflow in the chamber (i.e. by opening the chamber door a bit more), and let sit another 48 hours. Then pack into an airtight container and store in a cool, dark place or in the freezer.

If at first you don’t succeed, keep at it! It takes a good bit of practice to successfully make koji at home.

Two of my favorite books on the subject: 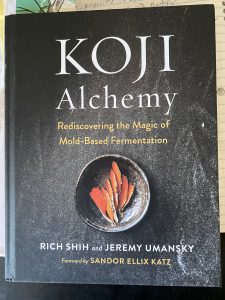 Here’s an interesting  video about how Miso Master, one of the top U.S. miso brands, makes their koji at commercial scale. Koji and miso discussion starts at 32:30

*As an Amazon Associate I earn from qualifying purchases.