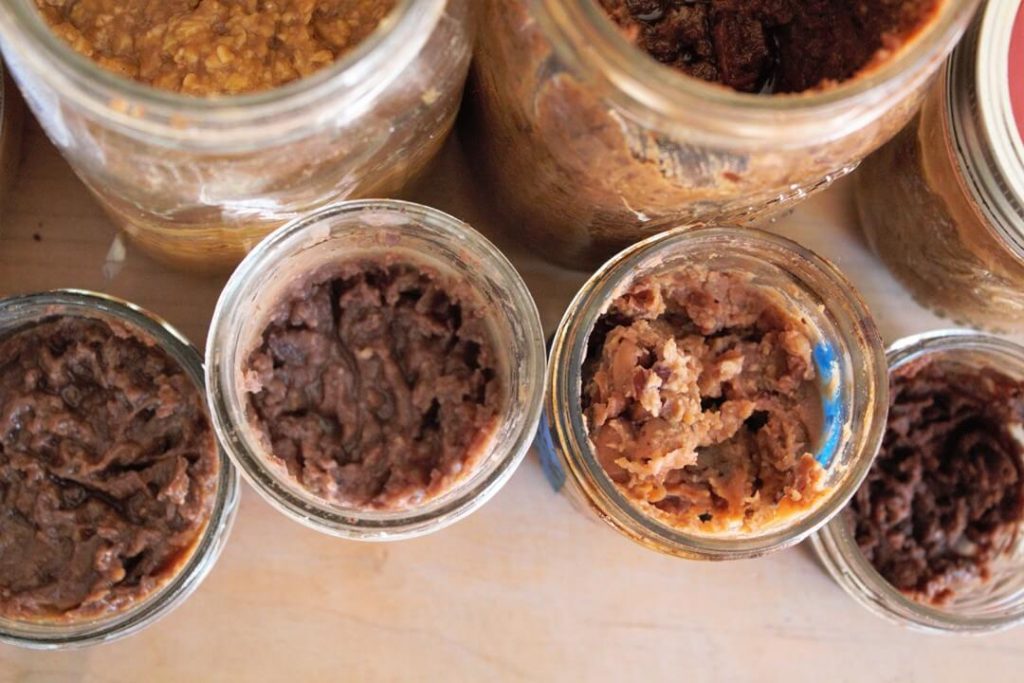 Miso is a bean paste made by mixing beans (soybeans traditionally), salt, and koji, a grain (usually rice) which has been inoculated and fermented with a mold, Aspergillus Oryzae. The flavor and complexity of miso is unmatched even compared to other fermented dishes. It is at once umami (savory), sweet, salty, and powerful.

There are many varieties of miso, from sweeter “white” misos (which are less salty and ferment for a few weeks), to this “red” miso (akamiso) which is salty, and  measured in YEARS of fermentation. The reddish brown colors occur due to bacterial action and enzymatic processes that occur during miso’s long fermentation. A summertime is considered a year, so if you make a miso in February and finish in December, it is a “one-year” miso.

During the process, brine called tamari (from the Japanese tamaru, literally “collect” or “puddle”) is usually expressed. It can be drained off and used separately as a flavoring agent. Traditionally, miso makers would never sell the tamari from their miso, instead keeping this highly coveted treat for themselves. (Once you’ve had tamari harvested from your own miso, you will know why!)

It can be used in miso soup, as a marinade, in salad dressings, etc.

The most simple way to make your own miso is to first buy koji, a grain (rice or barley) which has already been inoculated with the mold culture. Local Asian markets usually carry dried (also clled firm dried granular) koji. You can also find koji from online merchants like this one. or this one.

If using fresh or homemade koji (good on ya!), use 28 ounces koji rather than 20, and 1 cup ounces soaking liquid (instead of 1 1/2c), as there is more moisture from fresh koji and less is required to rehydrate the grains.

This recipe is for a long red miso (akamiso) style and in this version, I made it with adzuki beans rather than soybeans.

You want to shoot for about 710 grams of beans cooked. In my tests, different beans end up with varying levels of hydration. So if you’re using one of these beans, you can start with the following DRIED bean weights:

To learn all about this wonderful Japanese culinary tradition, pick up The Book of Miso by William Shurtleff. 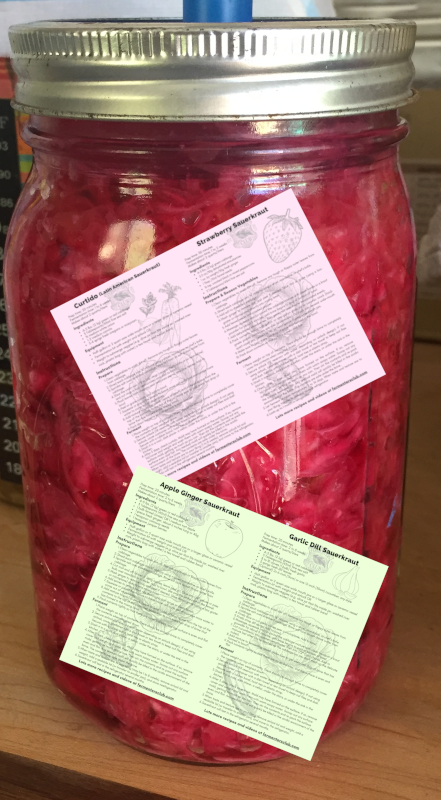 Twice a month, we will regale you with fermentation techniques, tips, tricks, new recipes, and the latest news and research about food fermentation.