The mission of Fermenters Club is to improve people’s lives by teaching them why and how to make and enjoy fermented foods; and to create communities that are connected through their guts.

Have you subscribed to the Fermenters Club Newsletter? All bubbly stuff; no spam (not even fermented!) 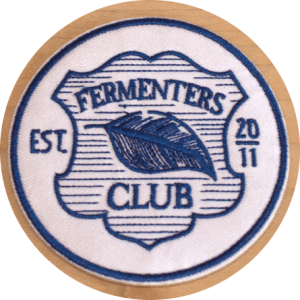 Austin Durant has been playing with his food his whole life, and fermenting it for over ten years. In 2011, he studied at Sandor Katz’ five-day Fermentation Residency Program in middle Tennessee, where he learned hands-on how to make over a dozen fermented foods. Immediately thereafter, he road-tripped to the Weston A. Price conference, held in Dallas that year.) Also same year, he founded Fermenters Club in his home town of San Diego, California. Austin’s personal passion and mission (and that of Fermenters Club) is to teach people why and how to make fermented foods at home, and to create communities connected through our guts.

Austin has since taught over 150 live hands-on classes on a wide variety of food fermentation food traditions such as sauerkraut, pickles, kimchi, kombucha, miso, and seasonal specialties. He has written and published 150 recipes (mostly fermented) on his website, fermentersclub.com. He also created and hosts on-demand, self-paced food fermentation mastery courses through Fermenters Club Academy. He has also taught private team-building workshops to many corporations and other organizations across the United States.

Austin has produced annual day-long fermentation festivals in San Diego, California and Portland, Oregon, with over 1,000 attendees in each city.

Austin has also collaborated with some of the world’s leading researchers of the human gut microbiome at the University of California, San Diego, and has been featured in a research paper.

Austin has also authored his first book, Fearless Fermenting, which will be released in late 2022.

Austin is a recovering cubicle jockey, inspired enough by fermentation and the microbes responsible to quit his lucrative day job in order to pursue his passion! When he’s not stuffing things into jars (or eating directly from them), Austin enjoys gardening, cooking, practicing and teaching yoga, bicycling, writing, learning about permaculture and other ways to love Mother Earth, learning from entheogenic plants and fungi, and studying the many esoteric traditions of our ancestors.