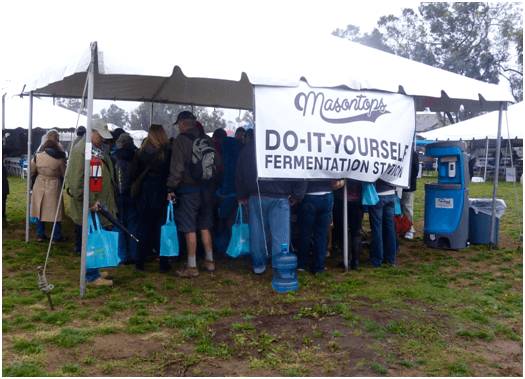 Mead, beer, cider, sauerkraut, kimchi, and cheese were all in full bloom, blowing in the wind and dancing between the raindrops at the 2nd Annual San Diego Fermentation Festival on January 31, 2016.

The Queso Diego booth was located front and center. As visitors entered the festival they encountered our volunteers who enthusiastically explained the steps of cheese making and promoted the club as a place for cheese education and culinary experience.

Close by were other booths demonstrating pickling vegetables and fermenting kombucha, explaining the benefits of probiotics, and even promoting The American Gut Project, an ongoing study of the human gut microbiome.

The standing-room only keynote presentation was by Rob Knight from UC San Diego, leader of the international Human Gut Project.  Many other presentations explained various aspects of fermentation and microbes, and expounded upon their virtues.  Although the weather wasn’t optimal for the event, which had to be shut down about three hours early, about 500 people managed to enjoy themselves, many aided by fermented beverages in the Ambrosia Garden where beer, wine, mead, kombucha and cider were served.

Thanks to all who braved the weather and helped out with promoting Queso Diego.  Visitors to the booth were impressed and very enthusiastic about making their own cheese at home.  It looks like we will have some new club members soon. 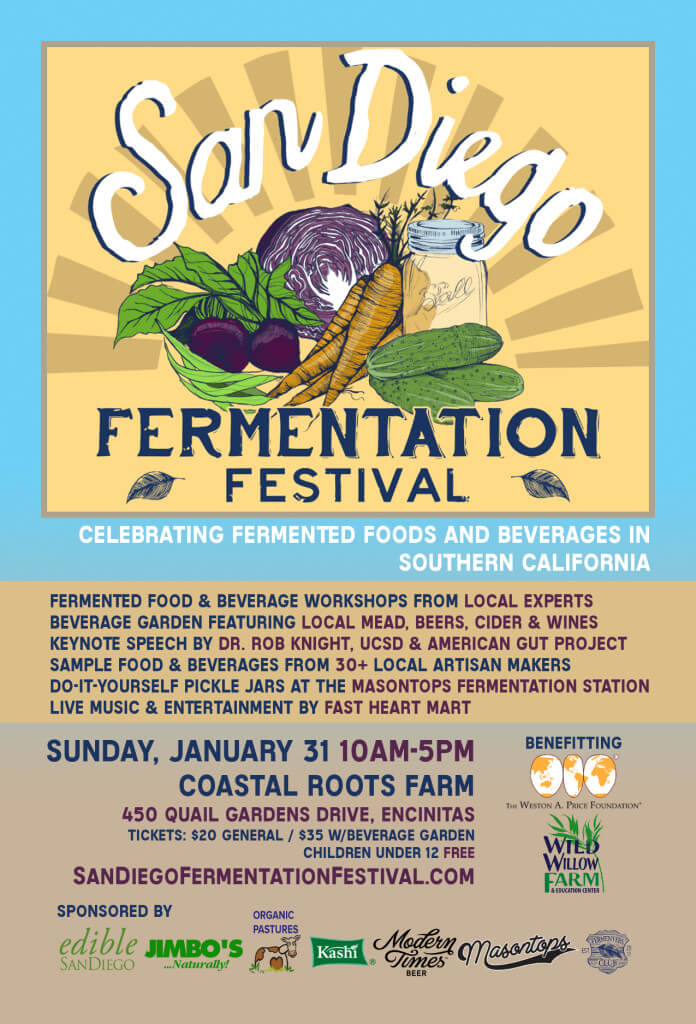