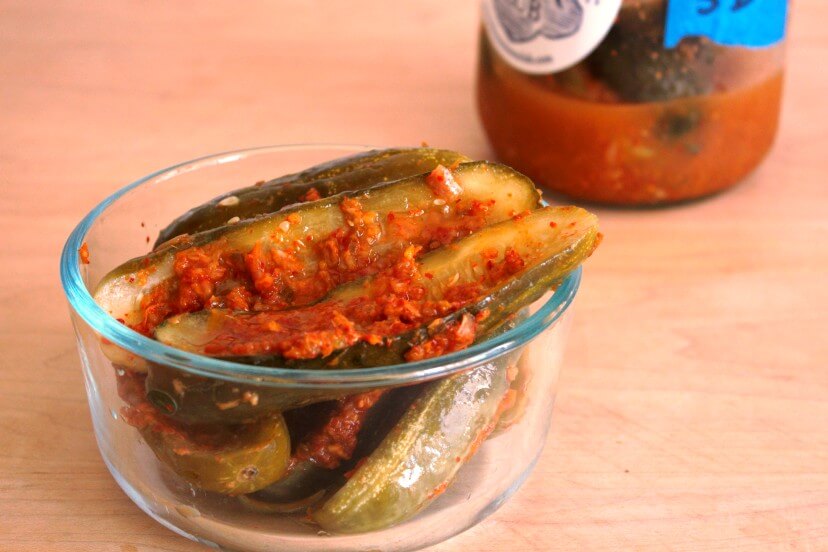 Kimchi is so more than just cabbage! There are almost 200 varieties of kimchi in Korea. This dish uses cucumbers, a summer fruit. It has a clean, refreshing taste (no fish products are used so it is also vegan), and ferments rather quickly– in as few as 2 days!

It is also perishable (only lasting a week or so), so it is recommended to only make as much as you plan to consume in that time.