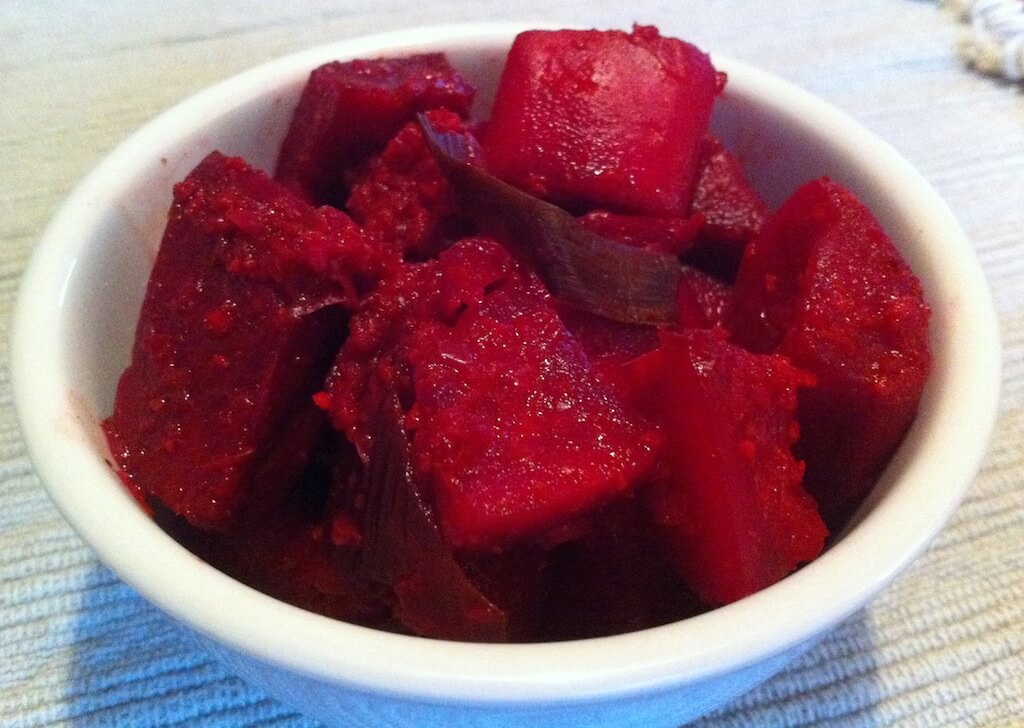 In general, I have a passionate ambivalence to beets. I know it’s a superfood; I’m trying to work on it. Inevitably whenever I put one in my mouth, I still hear my six-year-old self in the back of my mind pleading, “Do I HAVE to?!”

So I decided to try this quick recipe, a variation on the spicy radish kimchi recipe covered here. In this variation, I cut the beets and the daikon into same sized cubes (about 3/4 to 1 inch). Then I made the classic spicy paste and fermented for two weeks.

LESSON LEARNED: The beets did not soften nearly as much as the radish, so next time, I would either slice the beets into smaller pieces (1/4″), or slice into “chips” rather than cubes.

Some savvy fermenters have recommended against shredding the beets. Because of their high sugar content and the large surface area borne by shredding them, it could attract yeasts which tend toward alcoholic fermentation rather than the desired lactic acid fermentation.

BONUS: The brine (which there should be ample amounts when you’ve finished) has a nice kick, sort of like a Bloody Mary/beet kvass mashup! Use it to flavor salad dressings, as a marinade, or drink it straight up!

Ready to learn more about kimchi? Take one of our classes!